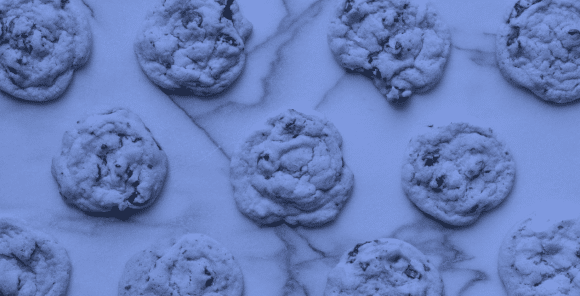 This is the third post in a series we’re calling CI/CD:DB. Read from the beginning.

In part 1 and part 2, we worked to understand the problems associated with bringing database changes into a CI/CD flow and break it into manageable and, hopefully, solvable chunks.

In this part of the series, we begin to address those chunks one at a time. With that in mind, the first thing we have to do is to get our inbound changes into some sort of structure that we can handle. If we cannot get this first piece organized, we will fall victim to the lesser discussed truth of computing — “chaos in, chaos out”. (Closely related to “garbage in, garbage out” — but with more downtime.)

First, we have to understand what a ‘change’ is and, from there, what a ‘batch’ is. For the purposes of a database, a change is simply a command that causes the contents of the database to be different after the command is executed. So, an ‘ALTER’ would typically be a change, but a ‘SELECT’ would not. (Well… unless you added an INTO, anyway.) In this context, a single change is an easier concept. Agile and DevOps practices like CI/CD get interesting when it comes to the notion of “batch size”.

The term “batch” comes from classic manufacturing. The notion is that you wanted to produce a large number of items. To do so at scale, you set up a machine to do the job, and then the machine would take identical raw material in and churn identical post-worked pieces out. You would do this in ‘batches’ because it was costly and time-consuming to set the machine up. This approach is economical when all the inputs and outputs are the same — whether they are cookies or car parts. With software and databases, you are never making the exact same change twice. Therefore, every change is effectively a unique batch of one.

SQL scripts are NOT automatically batches

The idea that every change is effectively a unique batch of one usually stimulates a conversation. Changes are typically packaged and tracked as SQL files but they can contain an unlimited number of statements. Also, the nature of the contained statements can alter how the SQL file is perceived.

For example, you perform 10 INSERTs into a table in a single SQL file.

Extending the problem is the scenario where there are multiple SQL files and each contains a number of potentially unrelated changes.

These scenarios illustrate a common problem:
“We just track and review SQL scripts and then someone runs them against the database.”

This approach can be so wildly variable that it is very difficult and time-consuming to manage. This is why database change management tools such as Liquibase are precise in defining the boundaries of any given change they are tracking.

Given the variable nature of database change types and the subjective nature of what a ‘single change’ is, the first step is to establish rules for what constitutes a single change.

Once you have established the definition of a ‘single change’, you must stringently enforce it — ideally by technological means. Get and use a code analysis tool. If something does not pass, the change contributor must refactor the submission — no exceptions. That may sound harsh, but remember that these change scripts are intended to run against your Production database someday. So, why is it OK to let something slide?

It’s important to remember that because each specific change in software is effectively a one-off, the “ideal” batch size is exactly one. The idea is that there will be no dependencies within a group of changes if there is only one. It will either work or not. If it does not work, it will be quickly apparent and it will be easy to find and fix because only one thing changed. This line of thinking underpins Continuous Integration, Continuous Delivery, and other practice doctrines within the realm of DevOps principles.

As a practical matter, one-change batches are difficult to achieve in most organizations. There will need to be some compromises to the ideal— particularly in the early days of adopting the new practices. The key point is that smaller batches are better.

Building a batch of database changes

The application development world and common CI practices give us a clear pattern to use for defining batches. Every CI build, by definition, represents the production of a batch. Code changes come into a particular branch of the source code repository and a build engine picks them up, checks them over, builds them, runs some tests, and then, hopefully, delivers a compiled binary that includes the incremental new batch of changes.

To do this with database changes, we need to specify how we are going to do certain things every time we create a batch — and do them automatically as we do for a CI build for code.

The next problem we’ll tackle in CI/CD for databases is how to wrap automation around these batches of database changes. As we have learned, CI provides guidance, but each phase of batch creation brings challenges for automation. We will be digging into those more in Part IV: Automating Database Builds.